Confession: We pretty much always have rings on the brain. But there’s more to it than ogling over carat sizes and stone shapes. The giving, receiving and wearing of both engagement and wedding rings is steeped in tradition and personal meaning. And now that you’ve started thinking about which way to stack your own bands, you might be wondering, is there a right way to wear them? The short answer is, it’s entirely up to you.

Maybe you’ve always seen your mom’s ring finger with her wedding ring on the inside (or on the bottom)—but then you see stars like Emily Ratajkowski wearing her gorgeous sparkler on the inside. Is there a difference? Does it mean something in particular?

Even though tons of people wear their engagement ring on the outside, or on top, you might like the idea of turning that tradition on its head—not just to be a trailblazer, but because doing so has its own symbolism for you. Or it could be as simple as the fact that the shape, size and style of your rings work better worn one way versus another. Play around with both ideas—or a completely different one—to come up with your ideal ring order.

While some brides choose to add more rings to their set for a stackable style, others prefer to bond their wedding band and engagement ring together to create one ring. This is called soldering. This trend is quite popular with brides who purchase their engagement and wedding bands as a matching set.

The benefit of soldering is that the rings don’t turn around in different directions, as they would if they were worn stacked but separate.

The downside of soldering is that brides no longer have the option of wearing either band separately, so consider how committed you are to this particular ring arrangement before committing.

Different rings will help you mark a special moment, and during a marriage, there are plenty. Hence, it can become a bit confusing to know how to wear them. But don’t panic, it is quite simple: when engaged, wear your engagement ring on the fourth finger of your left hand. When married, the wedding ring should go first, so it is closer to the heart, followed by the engagement ring. So what about the eternity ring? This one is up to you; you can wear it on top of your wedding and engagement ring or wear it on the opposite hand.

So many options can daze anyone. But the key to avoiding any misstep is to know what each ring is used for. So here’s a rundown of the purpose of each and where to wear them to help you.

How to Wear an Engagement Ring?

Engagement rings have been around for centuries. Anthropologists believe that they originated from the Roman tradition, where women used to wear rings attached to small keys to symbolise their engagement. Gimmal rings, a ring that features two to three links that fit together that form one ring and posie rings, metal bands that featured a short inscription on their surface, were very popular during the 15th through the 17th centuries in England and France.

But the first-ever diamond engagement ring recorded was back in 1477, where Archduke Maximillian of Austria presented it to his fiancé, Mary of Burgundy. This became a trend among the European aristocracy helping it become the tradition that it is today.

Engagement rings are given by a partner to their prospective spouse to propose marriage to them. If this proposal is accepted, the person – usually the woman, will wear it indicating that they are engaged to be married. When the time of the wedding comes, the bride-to-be will remove her engagement ring and put it back on afterwards.

How to Wear a Wedding Ring?

A wedding ring symbolises the promise of a future together, and its circular shape represents an unbroken love, that is eternal. Exchanged between the couple on their wedding, they are a universal symbol of love.

Wedding rings date back to the same period as the engagement ring, being popular among the ancient Greeks and Romans. Nowadays, both spouses wear them, but before it was only the wives who were supposed to wear them. Some even had two, one to be worn inside and another to be worn in public. In the United States, the use of wedding rings for both spouses wasn’t customary until the 20th century.

This ring is usually worn on the fourth finger on your left hand. Ancient cultures believed that this finger had a vein, denominated in Latin the ‘Vena amoris’, which lead directly to the heart. Although nowadays it has been proven that this vein doesn’t exist, the tradition stays.

When placed together with other rings, the wedding band needs to be placed first, so it is closer to the heart.

Which Ring Goes On First?

Tradition once dictated the order regarding which ring goes on first… and it was always the wedding band. Etiquette still nods to this tradition, but brides don’t have to follow this guideline. Whether you wear the band on top or on the bottom doesn’t change the ring’s meaning and symbolism. Style your wedding set in a way that reflects your comfort and personal preference. There is no wrong way to display your love or your vows.

The answer is it depends on your style!

According to tradition, the wedding band should go on first, with the engagement ring stacked on top. Even etiquette experts agree that the way to wear a wedding set is by placing the wedding band on the bottom. However, while there may be a “proper” way to wear your rings, the choice is ultimately up to you!

When preparing to exchange wedding vows, brides often leave their left hand bare to make sliding on the wedding band easier during the ceremony. The engagement ring is typically worn on the right hand and moved back to the left hand after the ceremony. Some brides, however, have an engagement ring that has been designed to pair with multiple rings. Many solitaire diamond rings can be paired with a wedding band as well as with other sentimental rings—like a promise ring. How a bride wears, her ring may depend on the design and style of her engagement ring.

This ring is generally worn on the fourth finger of your left hand during the engagement. After getting married, you should place it on top of your wedding band.

Tradition dictates that once you are married, you should wear your wedding ring first, so it is closer to your heart and engagement ring second. Both of them are worn on your third finger of your left hand.

Some even choose to wear them separately, one on each hand. The wedding ring will go on your left hand and the engagement ring on your right hand. This will suit those with short fingers since sometimes having two rings on one single finger can make it look shorter.

Here is where it gets a little bit intricate. Traditionally, you should wear them on your ring finger on your left hand. But this can be uncomfortable for some, especially if you have a very active lifestyle. A good alternative that will help you avoid this is to wear both an engagement and wedding ring on your left hand and the eternity ring on your third finger on your right hand. There are many ways or rules to dictate how to wear these rings, you could follow the tradition or be a trendsetter and wear them in your own unique way, but the important thing is that it fits you.

Wear Them On Ring Finger – Wedding Band On Top

The first option is to wear them on the traditional ring finger, on your left hand, in the order your received them in. This means the diamond ring goes on the bottom and the wedding band on top. This is a traditional way of wearing the rings but may not work with all ring styles or finger types.

Wear Them On Ring Finger – Engagement Ring On Top

Keeping with tradition, you can wear both rings on the left hand on the ring finger, but with the engagement ring on top. This could be because you like it better, or because it simply looks better this way. Some do it for sentimental reasons as well. They feel that wearing the wedding band on the bottom keeps it closer to the heart.

Another option, though less traditional, is to wear the engagement ring on one ring finger on the left hand and the wedding band on the right hand’s ring finger. This way is good for those with short fingers, who don’t like having so many rings on one finger. Also, some women do not have a wedding ring set that matches (most likely because their husband wasn’t thinking about that), and so, the wedding band may not look good with the engagement ring. Similarly, the ring may be so stunning that it is needed to be displayed on its own without distraction.

Though both rings are intended to be worn, and most women do, some choose not to wear both of them at the same time. This could be because one ring is very expensive and is only worn on special occasions. Another reason could be because two rings are too much for some women, and wearing one at a time is more straightforward.

Though there may be an “official” way of wearing your rings, this is the 21st century, and there should be no “right” way. Every person must do what they feel is best for them. After all, beautiful rings such as Kirk Kara or Michael B rings would look good on anyone, regardless of which finger they are on!

Perhaps the most common way to wear them, this tradition stems back to an idea from the Ancient Egyptians, who believed we had a vein leading directly from the left ring finger to the heart. By wearing your wedding ring on the inside, you guarantee it’s as close to your heart as possible. If you go this route, remove your engagement ring before the ceremony, so you don’t have to deal with potentially losing it or awkwardly fumbling with it at the altar. Wear it on your right hand or keep it in a very safe place. Once you’ve said “I do,” you can slip your sparkler back on for the reception or wait a little bit to admire your new band on its own.

Another popular choice is to wear them another way around. Logically it might make sense to wear your rings in the order you received them (even though Ratajkowski got her engagement ring second and still wears them in this order). Symbolically, the idea that your engagement represents a promise and your wedding ring crystallise that promise might speak to you. Wearing your wedding ring on the outside gives your engagement story a sort of symbolic bookend—first, you’re engaged, now it’s official—time to start stacking with anniversary rings (wink!). 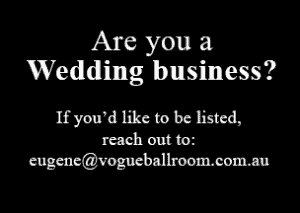